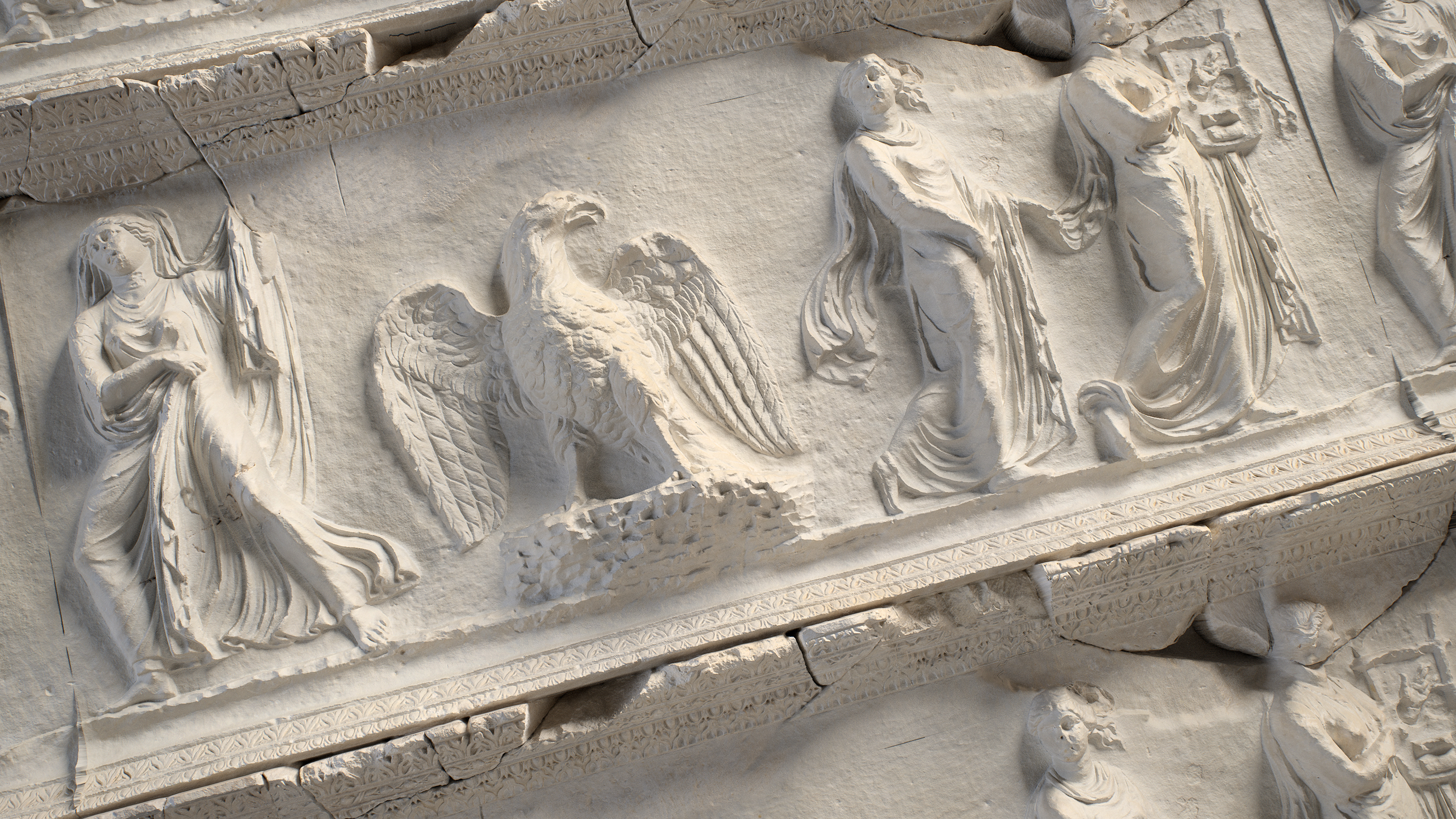 The Fall Of The Empire

During the peak of the fall of the Hadrannian Empire, an alchemist by the name of Balthazar
discovered a powerful substance which he later named Infinium. Infinium is a golden elixir that gives
anyone who consumes it near-superhuman powers. He presented the substance to the Imperator of
Agrippa who subsequently ordered for more to be made and distributed to the Agrippan army. The army was in the middle of a raging, 3-year war against a large group of Bandits who had been attempting to wipe out the Hadrannian Empire for good. However, with the help of Infinium, the Agrippan empire fought off the bandits in a war in which they were seemingly on the back foot, causing them to retreat and allowing Agrippa to live to fight another day.

Balthazar was hailed as a hero, given riches and fame beyond his imagination. Infinium transitioned
from a war tool to an everyday recreational drug distributed to all residents of the city. Along
with the superhuman abilities it grants, Infinium, like many other drugs at the time, seemed to grant
a prolonged feeling of euphoria to its consumers. Everyone in the city became addicted to Infinum, with even children as low as the age of 10 needing their daily fix of the substance.

Balthazar’s further studies into Infinium revealed a terrible fate for the residents of
Agrippa. While testing Infinium on animals, the drug seemed to cut their
lifespans by up to 50%. It was also constantly developing new side effects, as if
the drug itself was evolving. Thankfully Balthazar managed to alter the recipe to mitigate these side
effects, but he was still worried about the life expectancy of Infinium takers. He produced a serum
that negates all effects of Infinium, aiming to distribute it to all residents of the city to allow them to continue using the drug in a safe manner.

Every time Balthazar tried to bring the effects of the drug to the attention of the Imperator he was
quickly dismissed. After a year of silence, Balthazar couldn’t hold it in anymore. One day, he ran to the steps
of the Temple and announced the findings of his experiments to the residents, but they were too
brainwashed to listen. They threw stones, animal guts, and anything else they could find at the man,
who was later captured and brutally silenced by the guards. The Imperator stripped Balthazar of his titles
and sentenced him to spend the rest of his days in prison, and proceeded to raid his home in hopes of finding the recipe for this twisted substance. They eventually found a scrap of paper labelled “Infinius Pharmas” with what seemed to be the recipe for Infinium, however, Balthazar forgot one step in this draft of the recipe, the most important step of all. The
final ingredients he added to mitigate the side effects of Infinium on its users. As a result, the senate started mass producing a more
dangerous, potentially life-threatening version of Infinium, dooming its residents to a sorry fate which could ultimately lead to the fall of teh

Agrippa still stands in the present day, but it rarely gets any visitors. It is situated in the
center of the map. However, they keep themselves to themselves, and most outsiders are scared to step foot
into the city. Furthermore, its residents have become mind-numbed husks of who they once were. Everyone in the
city is under the influence of Infinium at all times, and anyone who opposes the use of Infinium is swiftly dealt
with.

However, the Bandits are back. They have set up camp around Agrippa and are preparing a large
raid to eradicate the Hadrannian empire for good.