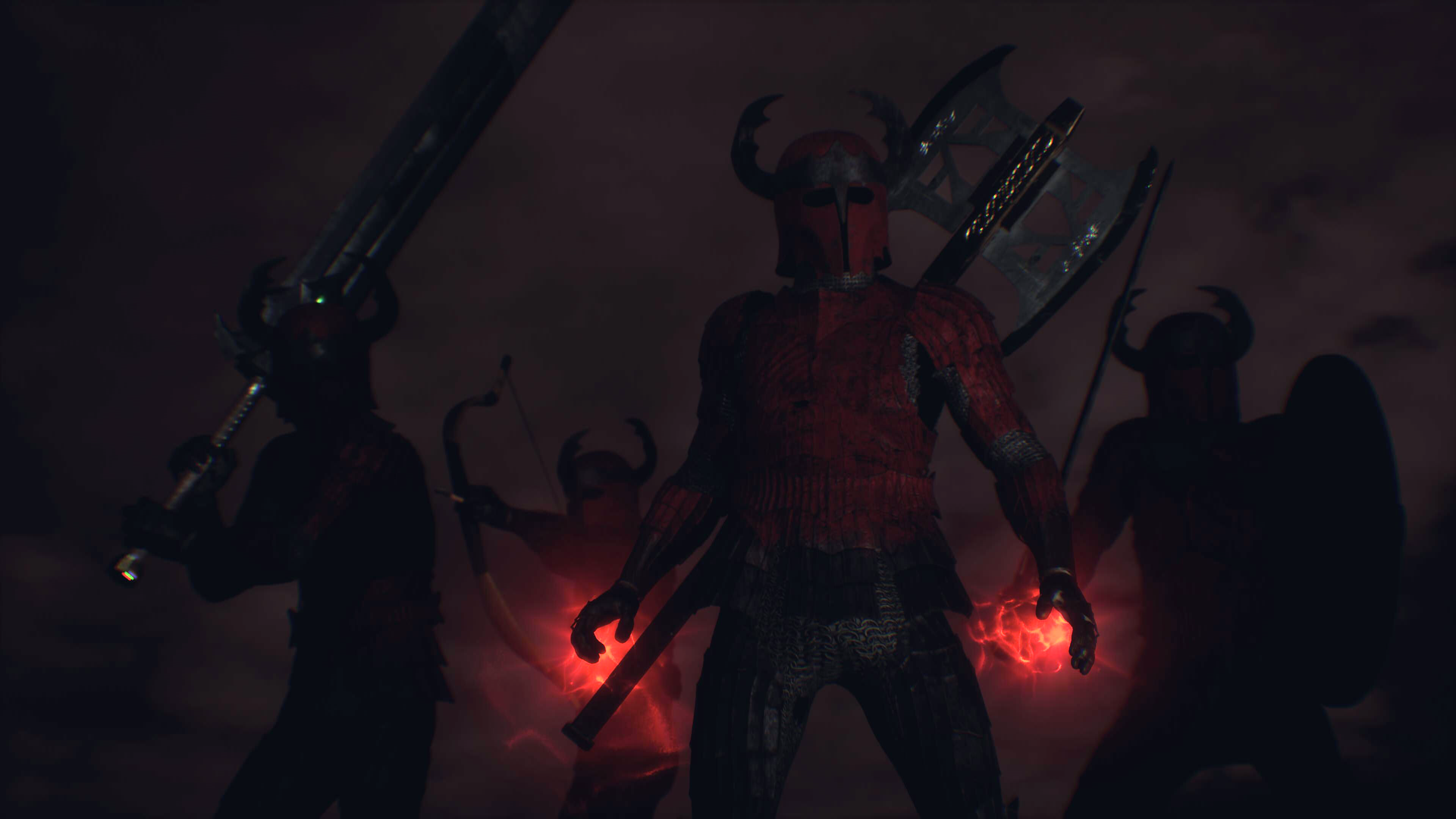 Requiem left a wake of destruction before he was banished to the void. It took generations for the residents of the land to recover from the mental and physical trauma caused by the Reaping. However, not everyone saw the events in the same way.

Some were found to be worshipping Requiem, as if he were some sort of god, presenting offerings and sacrifices in the hopes of him returning to claim his rightful place as the ruler of the Kingdom of Redreach. They believed that upon his return to the overworld he would give his disciples unimaginable power, allowing them to serve at his side for eternity. They called themselves the “Rekultus” and operated from large fortresses scattered around Redreach, recruiting new followers for their twisted cause on a daily basis. Citizens of the many towns and villages across the land feared the worst. They saw their friends, relatives, and neighbours being brainwashed by this cult before their very eyes, and were all preparing for the seemingly inevitable eventuality of the Rekultus taking complete control of the Kingdom.

After years of the cult spreading its influence like that of a plague across the land, the many governments (at the time) of Redreach formed a temporary allegiance to cleanse the kingdom of the Rekultus. Their fortresses were raided, their leaders hunted, and any leftover members were punished with the most diabolical methods of public execution imaginable. It took less than a year for the cult to be wiped from the face of Redreach. Remaining higher-ups fled like rats from a sinking ship, and the Rekultus had seemingly been eradicated once and for all. But, as the Kingdom would later learn, it is not so easy to eradicate a plague. After years of inactivity, it seemed as if Requiem no longer had any worshippers, and anyone who did still worship him was smart enough to make sure nobody knew of their alignment. But in the darkness, there was evil brewing.

A secret cult was planning an uprising. A sinister plan to achieve what the Rekultus could not; to bring Requiem back into the physical plane, in order for him to claim his rightful place at the throne of Redreach. They took a vastly different approach, however. They operated in the shadows, dealing in major cities and towns with seemingly no central base. Their members were not known to the public, and the recruitment process was much more selective than that of the Rekultus. They called themselves “The Order”, a name that, with time, struck fear into the hearts of citizens across Redreach.

With the war raging on for hundreds of hears, and the rise and fall of Agrippa taking place, the Order were able to amass a support larger than the Rekultus ever did, all the while not a single soul outside of the cult knew of its existence.  They reportedly have ties with the ruthless “Steelgarde” mercenary group, but these links have not yet been confirmed. The Steelgarde roam the lands of Redreach, leaving havoc behind wherever they step, all in the name of an unnamed, unknown higher being.

The order continue to grow stronger, and are getting ever closer to their ultimate goal of bringing back their leader, and will do whatever it takes to do so.